Top 6 places to visit in Varanasi

There are over hundreds of places which can potentially find a place in your itinerary, and confusion is normal. This post will help you decide on which places to visit in Varanasi. If you want a quick guide to Varanasi, then you can pin our infographic from my previous post, here. It lists down all the places to visit in Varanasi along with various other things necessary to travel like a local in this city. 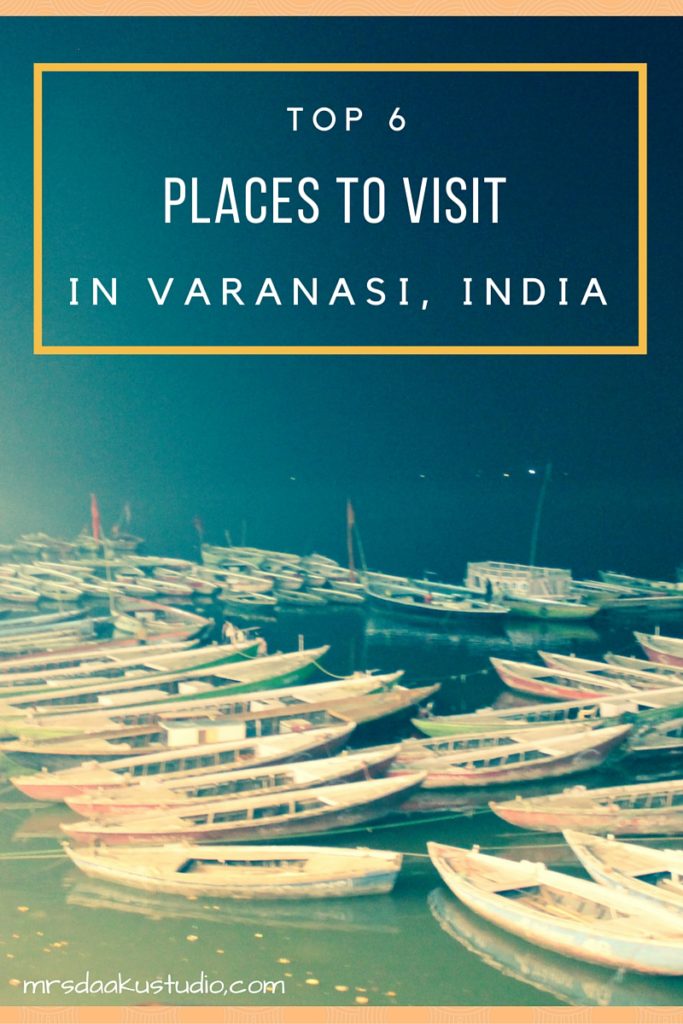 Varanasi (also known as Kashi, the city of lights) is the cultural capital of India and is no doubt a city which should find a place in your travel itinerary. The city found its name from the two rivers which flow in the north and the south of the city – Varuna and Assi. But, both of them do not find a place in the tourist attractions of Varanasi. Sad, enough! Varanasi is also situated on the banks of river Ganga. Or, shall I say Holy Ganges?

I told you Varanasi is also called the city of lights. Does that mean that the city is always be brightly lit? Yes, but that’s not it. The city is not only embellished with lights, lamps, diyas but also (and mainly) the beliefs and faith of the millions of Hindus. So, let me tell you one interesting and really old story this city embodies. While Ganga naturally flows from the north to south, it changes its course in Varanasi and flows from south to north. While there is a scientific explanation to this (it forms a natural slope from south to north in a crescent shape), there is definitely a religious belief behind this. The crescent shape of Ganges near Varanasi is considered a symbol of the moon which finds a place on the head of Lord Shiva.

It is a well accepted belief that Ganga changed its course to pay respect to Lord Shiva. But, why? They say, Lord Brahma ordered Ganga to flow down to the Earth so that the ancestors can attain salvation. It is  believed that if you take a dip in Ganga you will attain salvation.

Ganga found this entire scenario of ordering insulting so she decided to fall on earth with full force and sweep everything away. All the ancestors started praying to Lord Shiva to control the descent of Ganga. So, in order to avoid the destruction which Ganga would have caused, Lord Shiva decided to trap the river in his hair and let it out only in streams. The touch of Lord Shiva further sanctified the river. Consequently, it is considered to have flown from the heaven. It is believed to wash away the sins of the mortals.

You can also read my first experience at Varanasi which provides a sneak peak into the city life.

[bctt tweet=”Read about the top 6 things to do in Varanasi, right here. ” username=”mrs_daaku”]

So, the top 6 places to visit in Varanasi are:

You can see more pictures of the city in my previous post on Varanasi right here.

And, one bonus for my reader! Use my link, sign up for Air B&B and get Rs. 1200 travel credit right away. 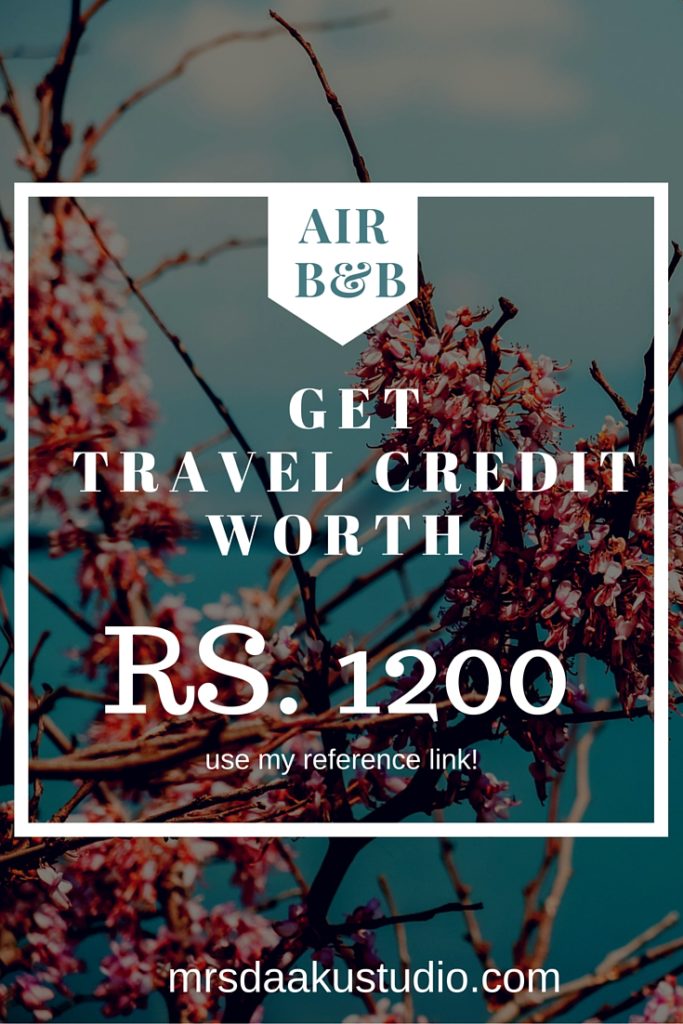 Bhool Bhulaiya, Lucknow: Why you should visit this place?
← Previous
How to book train tickets in India?
Next →
Click here to cancel reply.

Here are some links to web sites that we link to since we consider they may be worth visiting.

You made some decent factors there. I regarded on the web for the issue and located most people will associate with along with your website.

Gaz,As much as we appreciate the sentiment towards these elusive smokes.We have decided to never send Magars out of the State, it’s just toorisky at the moment, being that although yes these two locations are legal.It’s still federally illegal to ship them in anyway except forlegal routes when shipping to a dispensary.I really do hope things lighten up in the future for all our sakes,I would love to send you some Magars, but at the moment we aregoing to stick with our guns and stay straight and within theshipping guidelines.-Acme420