Life is unpredictable, and we often find ourselves in difficult situations. Right? Someone recently asked a popular money forum on Reddit what is the most desperate thing you’ve ever done for money.

Here are some of the most top-rated experiences:

1. Participated In A Market Research For Beer 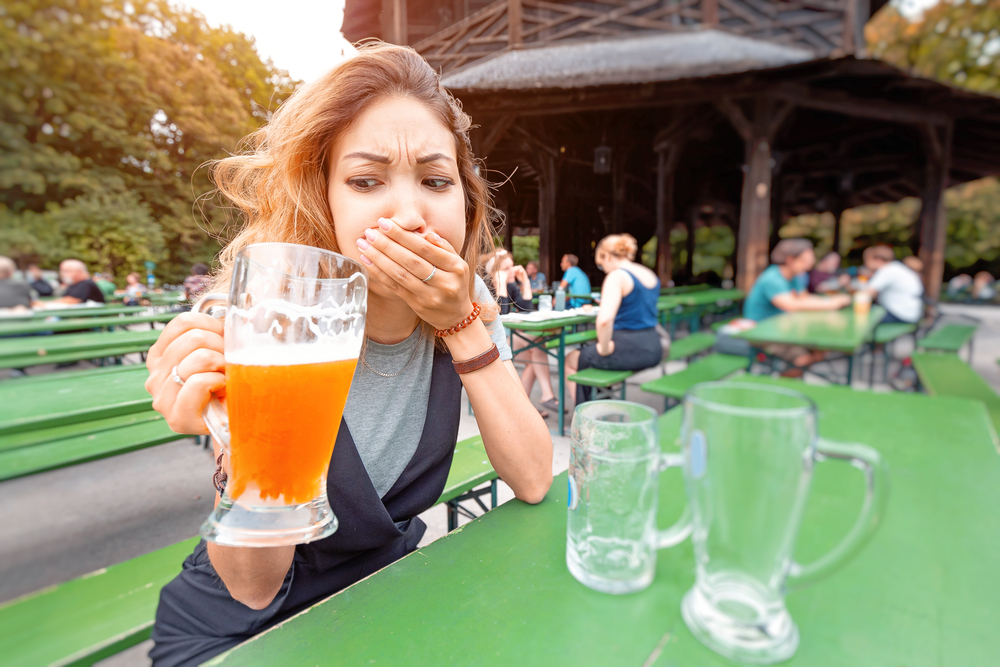 “I participated in some market research for a new beer. Sounded great at the time, ‘I get paid to drink beer?’ It was a bunch of different beers in small plastic cups, all of which started tasting bad and progressively worsened. They kept bringing more out until one guy cracked, swiped all his beers off the table, and yelled, ‘I wouldn’t even give this to my dog!

We all got paid $150 cash for it; it took about an hour. I found it hilarious because everyone was so excited at the beginning, and by the end, it was the polar opposite.'” shared one.

2. Pawn From The Rich Dumpster 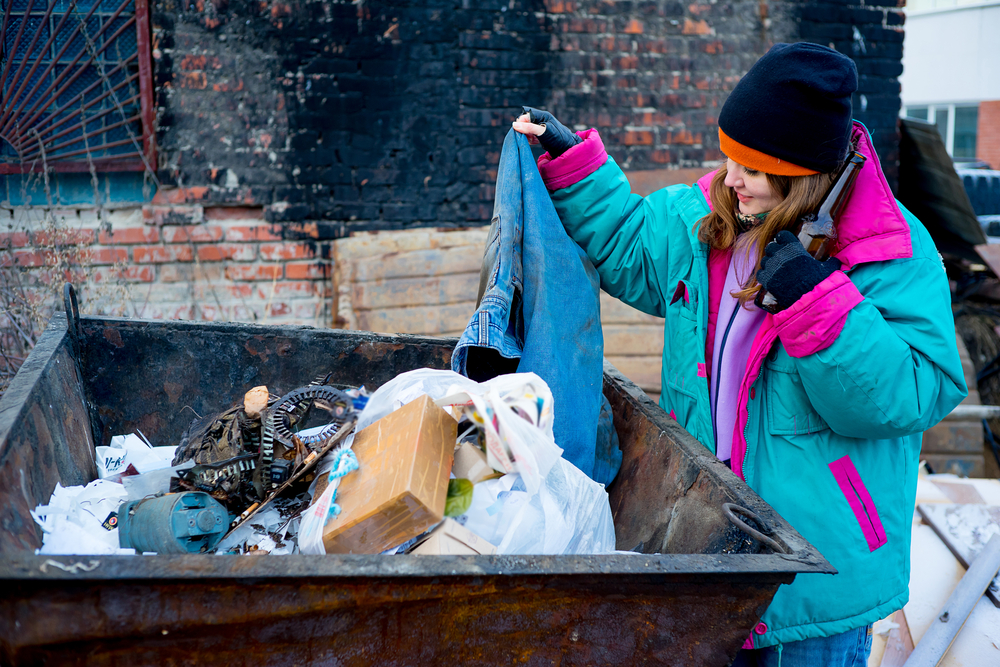 I was surprised when I learned that someone made a living scavenging through the dumpsters in the affluent neighborhood. Very creative.

“Drive around nice apartment complexes and dig through their garbage like a raccoon for stuff I could pawn. Found a lot of amps that were antique and worth a lot of money. I don’t know anything about music equipment, but my friend, a musician, let me know they were worth big money before I pawned them. Just made a lot of money off of others people’s trash. Thank you, wealthy condos in Austin, Texas, for helping me pay my rent when I was a teenager.“ shared one.

Another one shared, “I did that before. Hit the dumpster at an apartment complex. Then sell at a flea market. Nice side hustle.”

3. Participated In A Medical Study 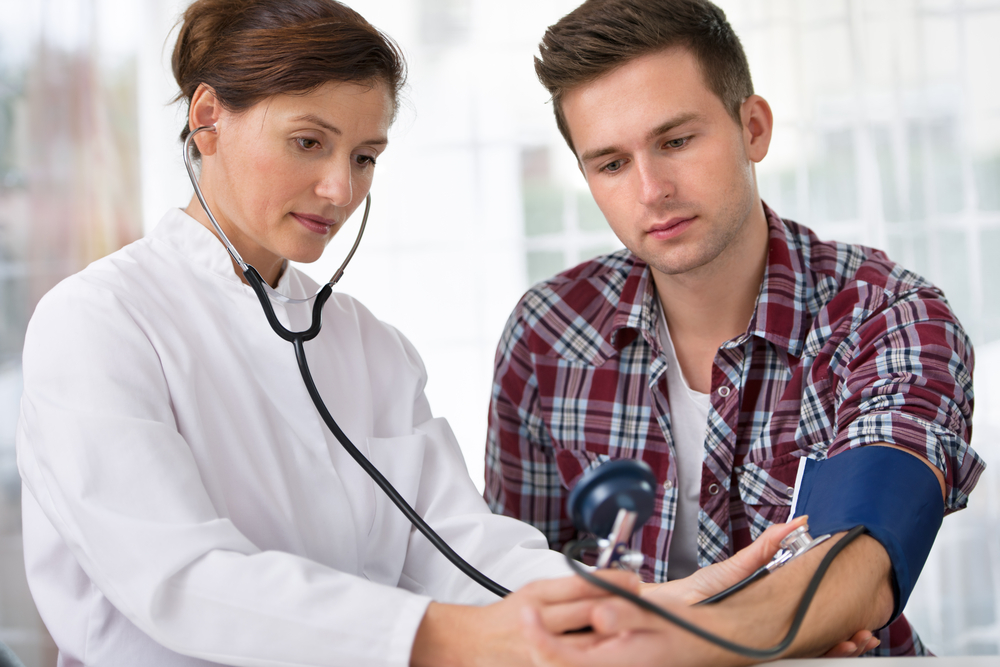 Someone shared, “I joined a medical study researching the effects of severe weight gain and weight loss on bone marrow. It involved 10 days of eating 6000 calories a day and 10 days of not eating anything. You had to stay in a hospital room the entire time. Every day they took a bone marrow sample which was decidedly not fun. $7000 at the end of the 20 days!”

While there are many ways to make money quickly, this one is quite a difficult task for many. $7000 is a handsome reward for the trouble.

4. Participate In a Sleep Study 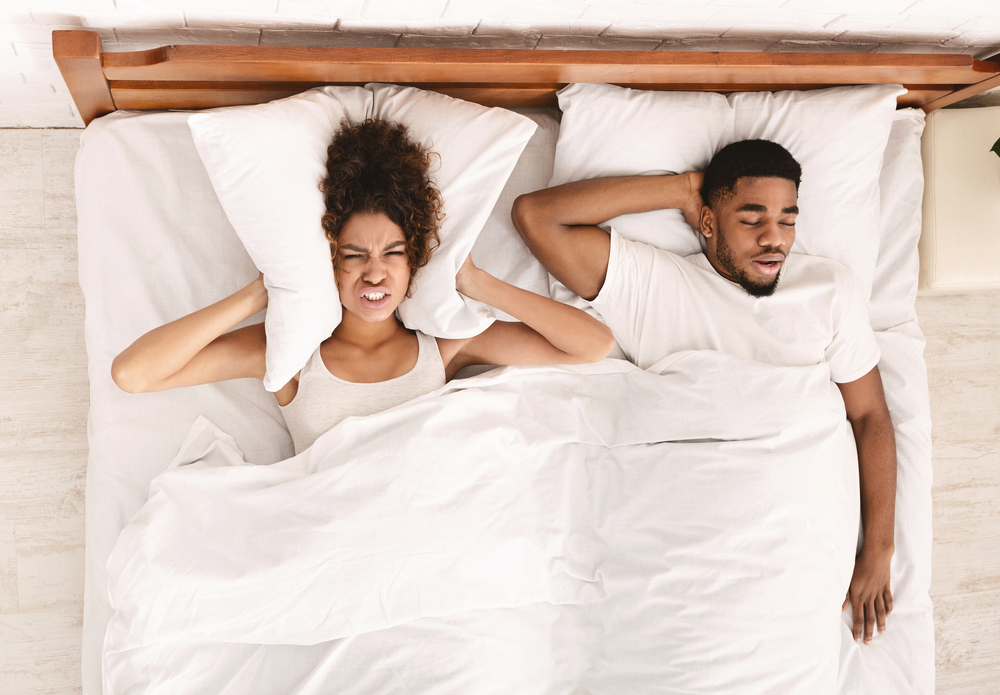 Can you remain awake for long hours? Then, this is someone you can try.

One person shared, “I participated in a sleep study where they had us wired to electrodes to monitor our responses at periodic intervals across 3 days without sleep. It was brutal. I learned I cannot go without sleep for 2 days in a row… I just got slower and slower at each interval.

Because they would pause their questions and you had to wait to provide your answers, I started losing the ability to respond. Like I could hear them talking, I could not get my body to take action. I think it’s called dissociation? I made it to maybe 5AM and knew I would not make it through to the next testing time. So I took my money (about $1200) and left.”

Related: Get Paid To Nap 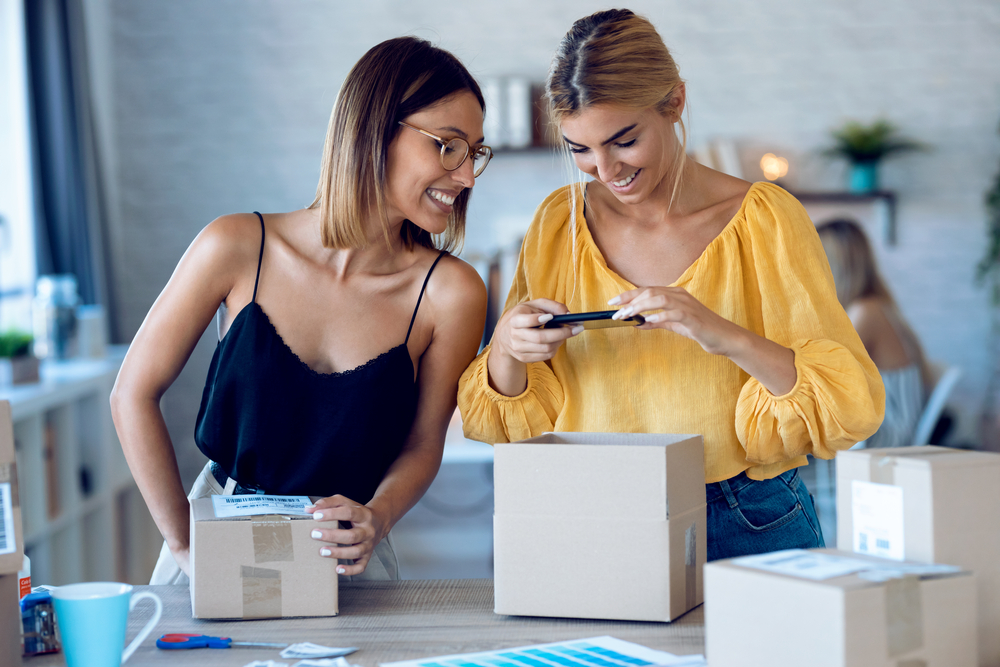 There has been a mixed experience. Some have shared experiences selling used garments, and others have successfully sold ballet shoes on eBay or OfferUp.

A user shared, “In the early 2000s, I sold a used pair of ballet flats that I thought would go for next to nothing on eBay. They sold for about $60, and that is when I learned about the world of used shoes.”

“Sold my grandad’s hunting rifle he passed down to me to keep the power on at home. The 2008 recession was hard.” said another.

6. Sold Candies In The Name Of Fund Raiser 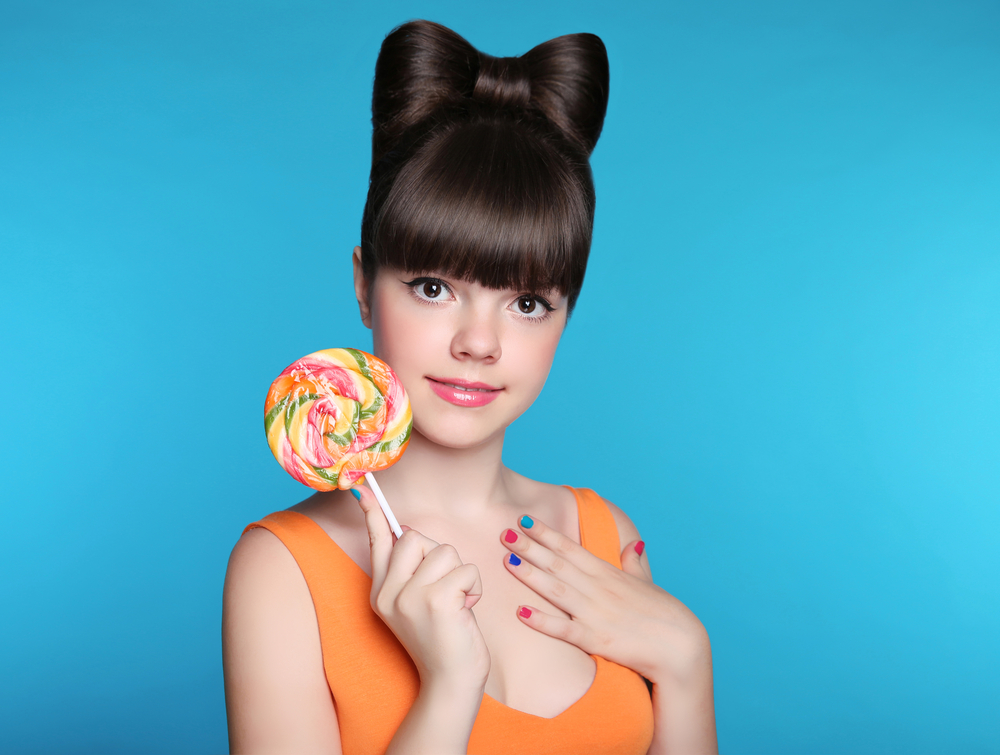 A user shared, “Once when unemployed, I bought a bunch of king-size candy at Costco and went door to door selling it, saying it was a fundraiser for a church youth group. Made a good profit and was able to pay rent that month.“ 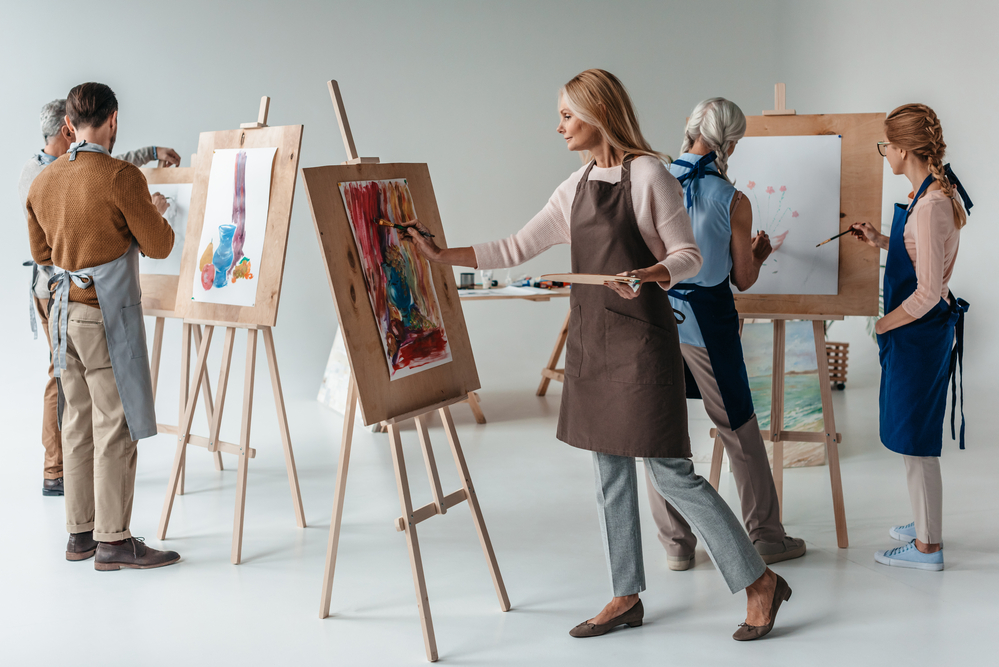 If you want quick money, think about posing for artists.

“I used to pose for art classes while I was an undergrad. The pay was pretty good, about 5 times the minimum wage… We went over the time, but the artist was nice and grateful and paid extra.” someone shared.

Related: Side Hustles For The Creatives 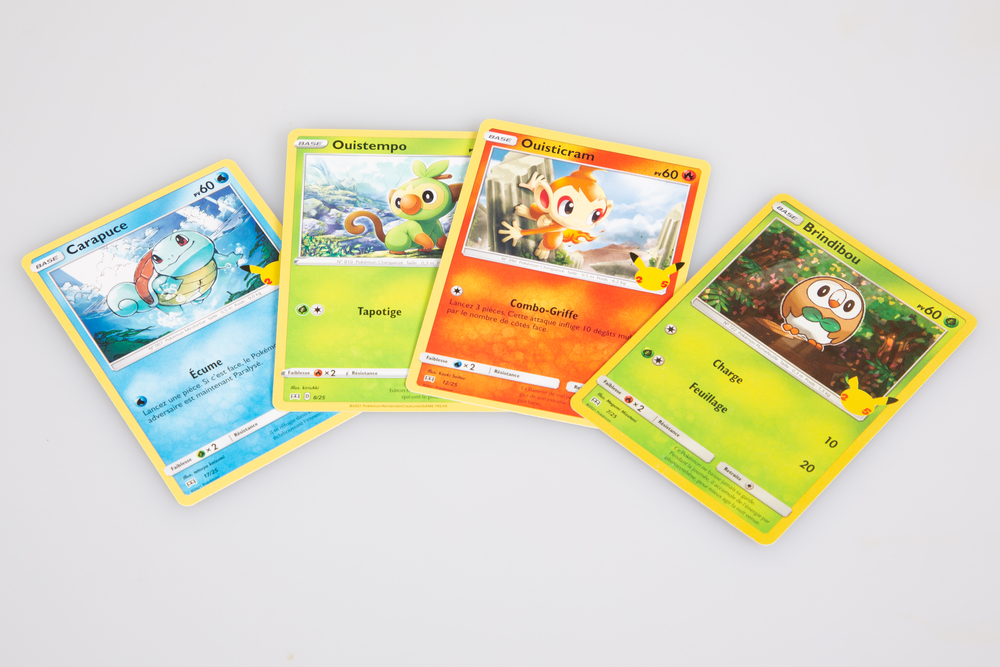 If you’re a collector, you know these things can be worth thousands of dollars. But what if the choice is between selling them for peanuts vs. being homeless? We all know the answer. 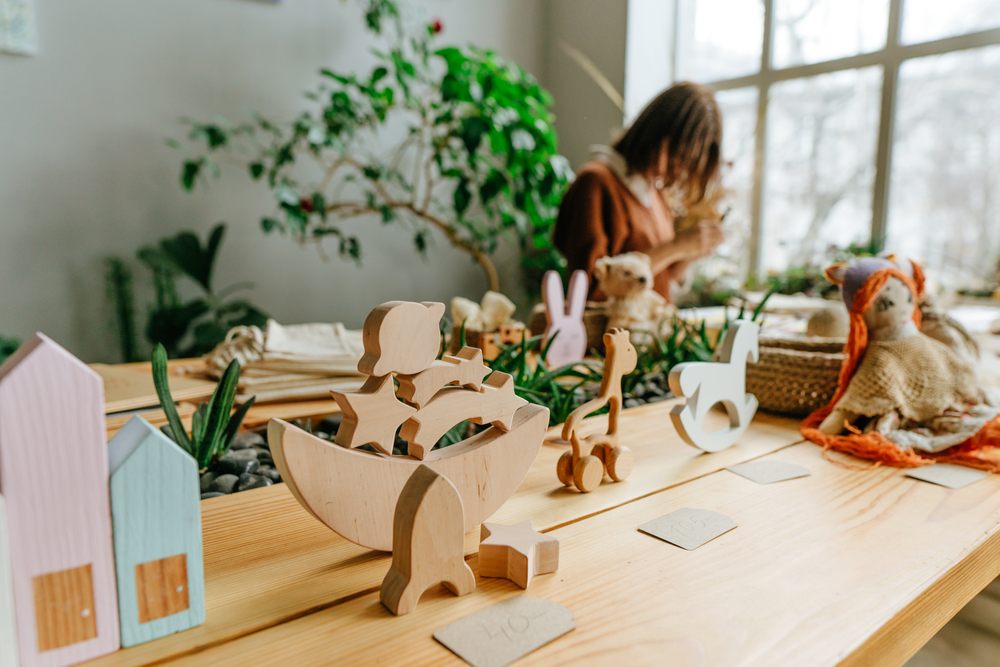 “When I was 6 or 7, just before Christmas, I handmade Christmas cards (I loved drawing and coloring in – I’m not saying it was any good, but I was enthusiastic and creative) and went door-to-door selling them to people on our street.” says someone.

Selling handmade items are a great way to make money. Some of the best niches are valentines, Christmas, Cricut crafts, etc.

10. Sold All The Jewelry 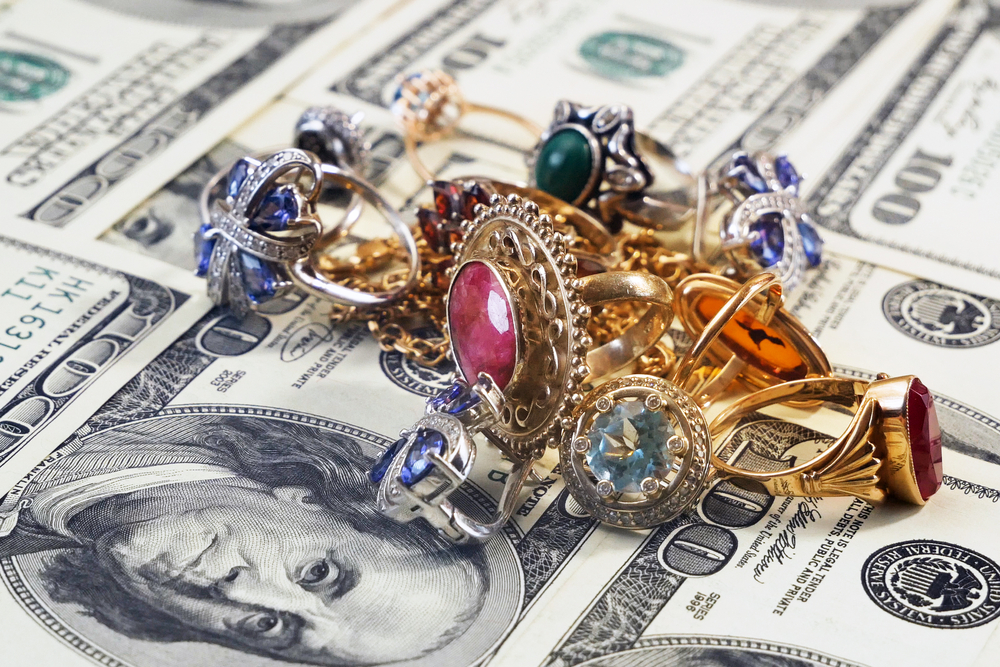 In most cases, jewelry has emotional value. Be it something your grandma gave you, your wedding ring, or something you bought yourself.

However, in times of need, you can always think about selling or pawning jewels. “I had to sell all my jewelry; it was not my favorite time in life.” said a user. 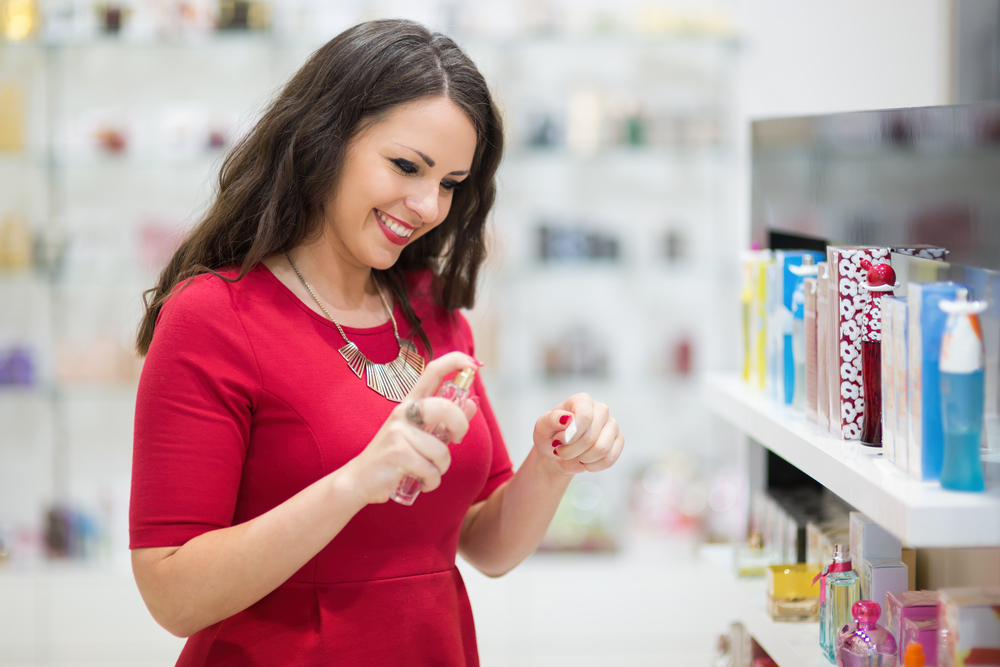 “I participated in an experiment where a company put various natural skin lotions on my arm and recorded how my body reacted to it. Most creams felt great, some gritty, and 1 even left a burn on my arm.

On asking where you find such opportunities, this is what was said “Read those paper flyers you get in the mail that is usually junk. Rarely, but it happens, that a lab will put an advertisement in them in small print that’s how I found this one, and knowing people helps.” 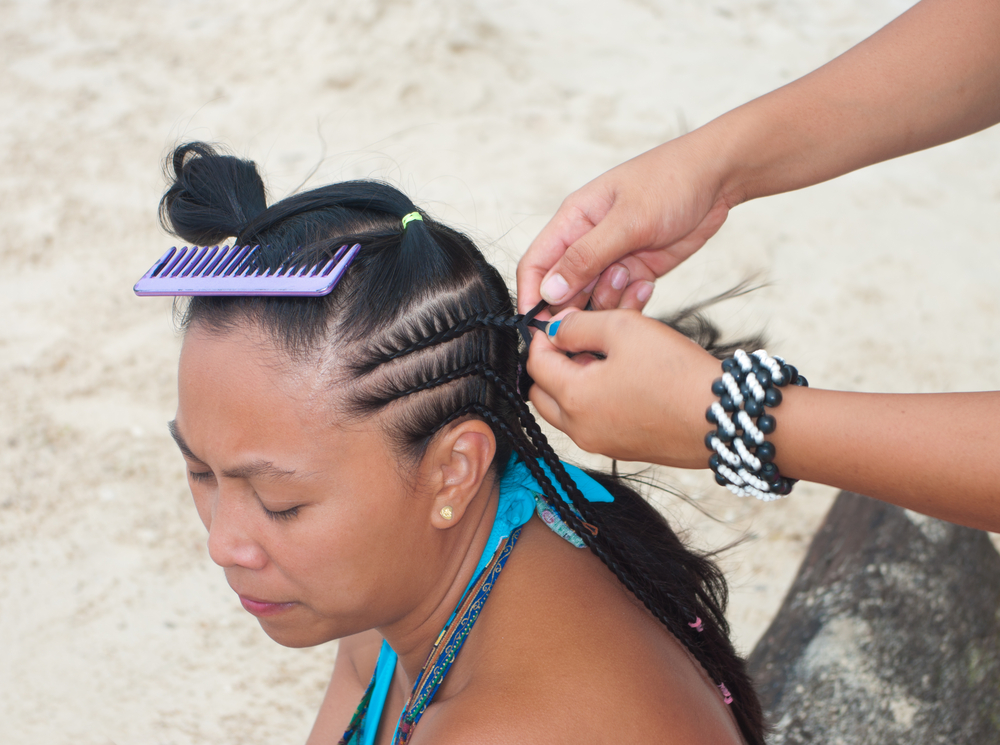 “Back in 1993, I went on a summer road trip around the US with friends (in a VW camper van, of course). I ran out of money somewhere along the Gulf coast. One of my friends had a tin of embroidery thread, so I started doing hair wraps at beach tourist traps. I made about $100 a day, and as my friends ran out of money, they joined in.

By the time we’d worked our way up the East Coast, we had multiple organizers full of embroidery thread and beads. It covered our campgrounds, food, and fuel. Once we ran out of beach towns, we headed back home.” shared a user.

Quite some use of the skills! 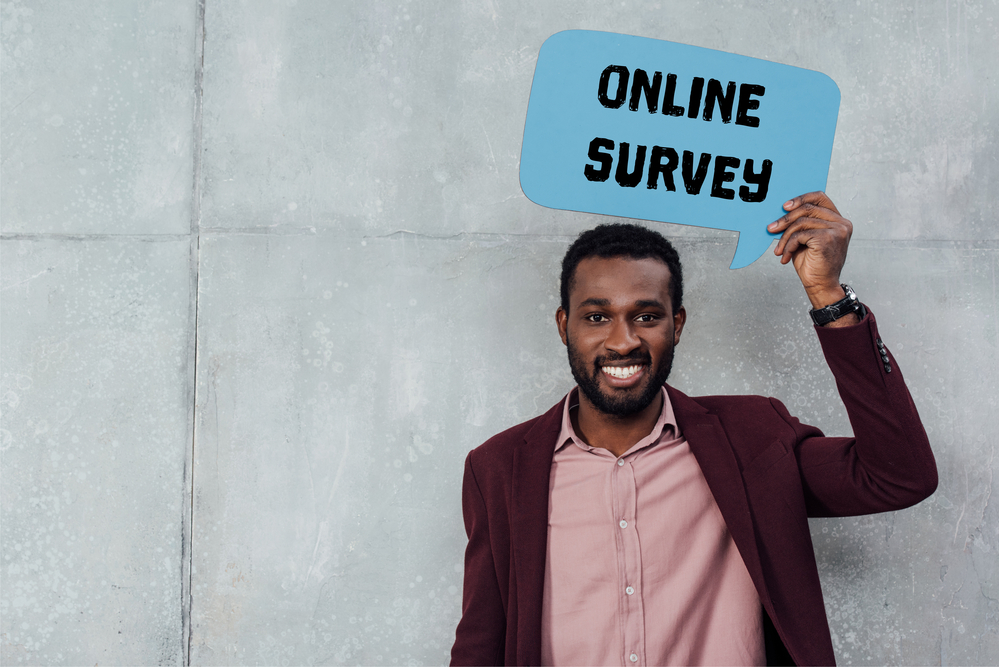 A lot of us already know about survey sites. While they are readily available, you will earn relatively low. 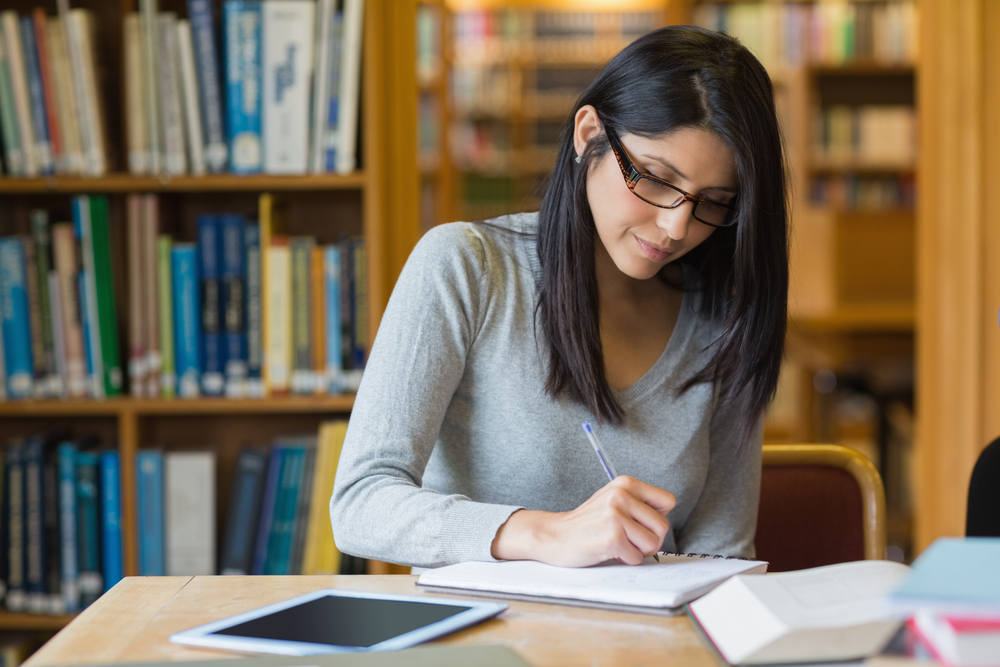 In another instance, a user was cashed on their skills. She shares, “I ghostwrote a famous person’s son’s book for $3,000, and it took 6 months.”

While $3000 is entirely less for 6 months’ worth of ghostwriting work, it is definitely something in times of need. You can also look into other freelancing options like proofreading, writing, or voice-over jobs. 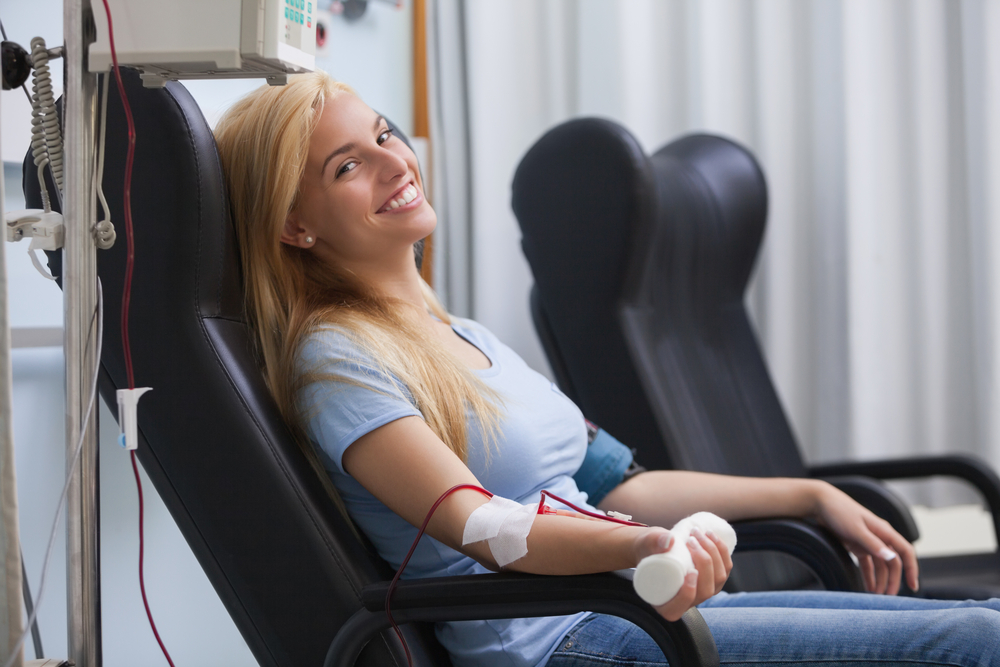 There were tonnes of users who sold plasma for money. To this, a user said, “That’s good money. Two hours a week and about 130 weekly. That’s gas and grocery money.” which is true.

Just find the nearest plasma center and get started.

16. Asked Friends And Family For Money 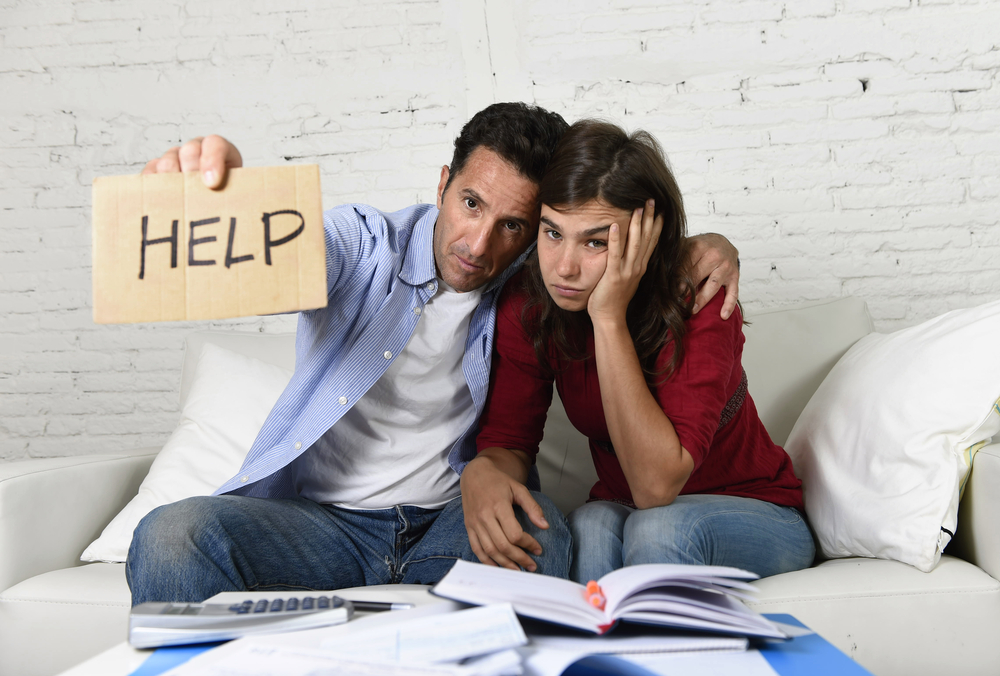 There is something insulting about asking friends and family for money. A user shared:

“Asked friends and family for help. My lowest point in life was when I had to ask them for money. I paid them back immediately, but it’s still my worst memory. I felt so defeated for some reason.”

17. Became An Uber And Lyft Driver 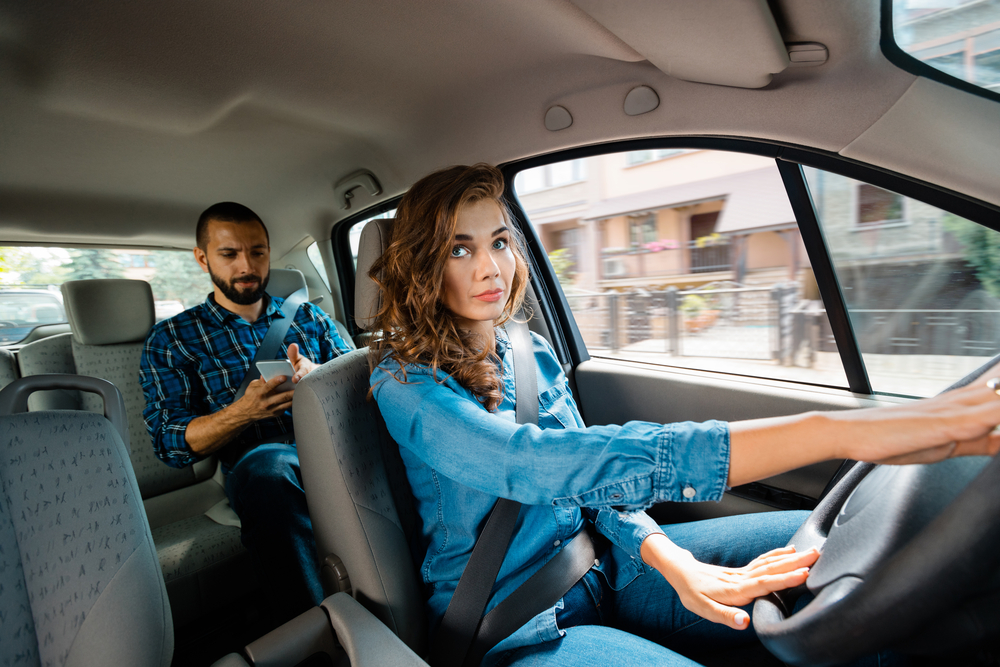 “I did that in 2014 and made some decent money, especially with surge rates being what they were. One ride on New Year’s Eve, I think I got something like $500 for a ten-mile trip. Now with rates the way they are, I get why it’s a dumb idea. I quit and found a “real” job in 2015 because they’d already cut rates twice. Still driving the same car I used for Uber today.” said a user.

Another user shared, “I been doing Lyft a few hours a night to make extra holiday money. I have been making around $40 an hour.”

18. Found Coins On The Sidewalk 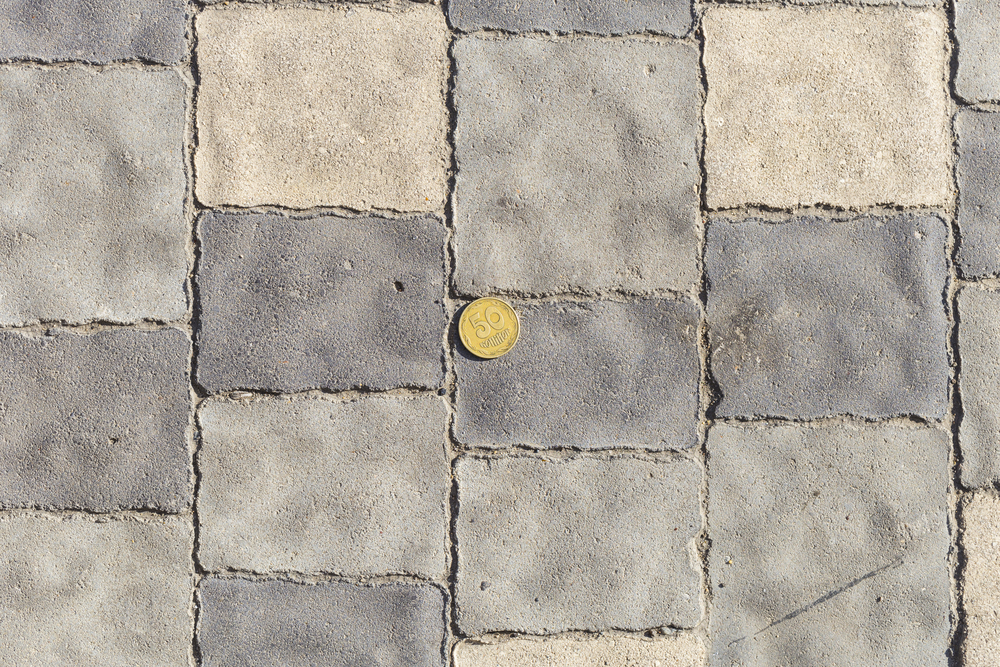 This one definitely had my heart.

“At one point in 2019, when I was unemployed, I was so broke and hungry that I would spend all day every day walking around suburban neighborhoods picking up coins I found on the sidewalk so I could go into Walmart to buy $1 bread from the self-checkout machine, which unlike a human cashier isn’t judgemental about how poor you are.” said someone. 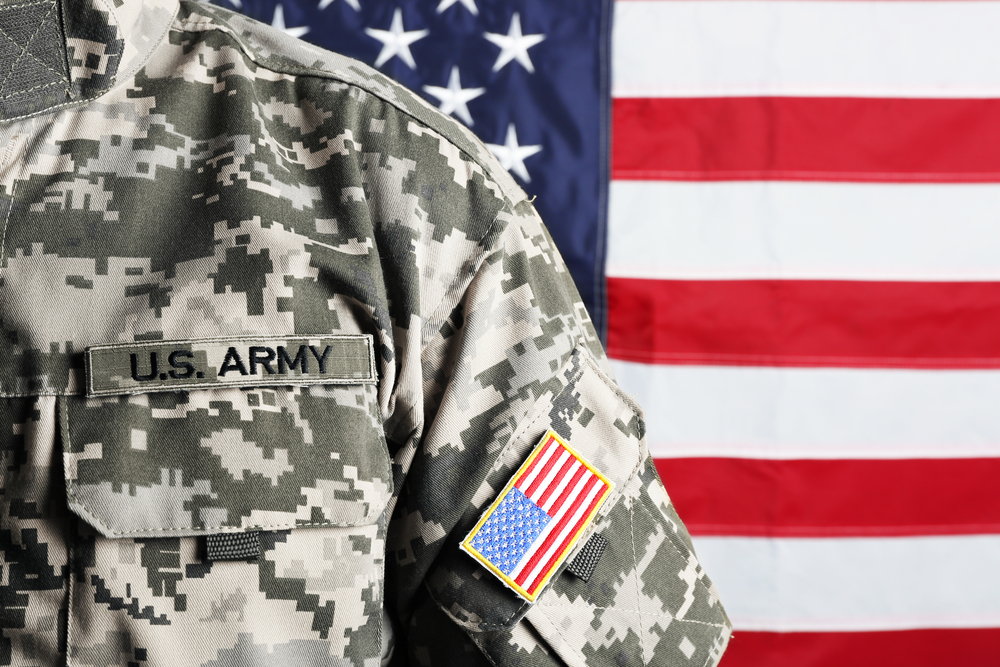 Many people joined the US Army desperately for money. 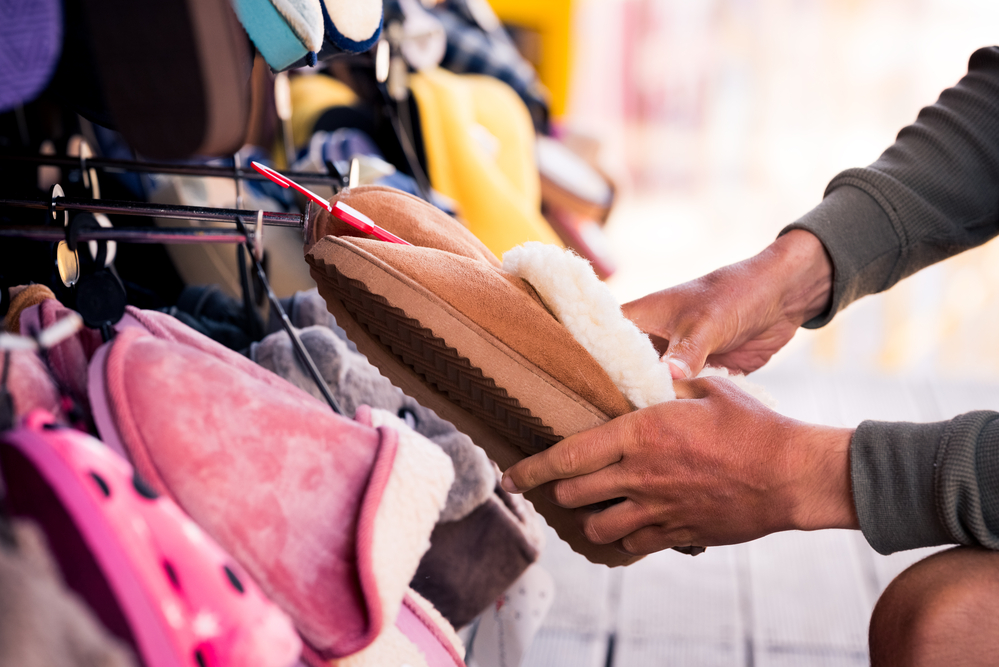 There is a market to sell used socks, and many people have done so. 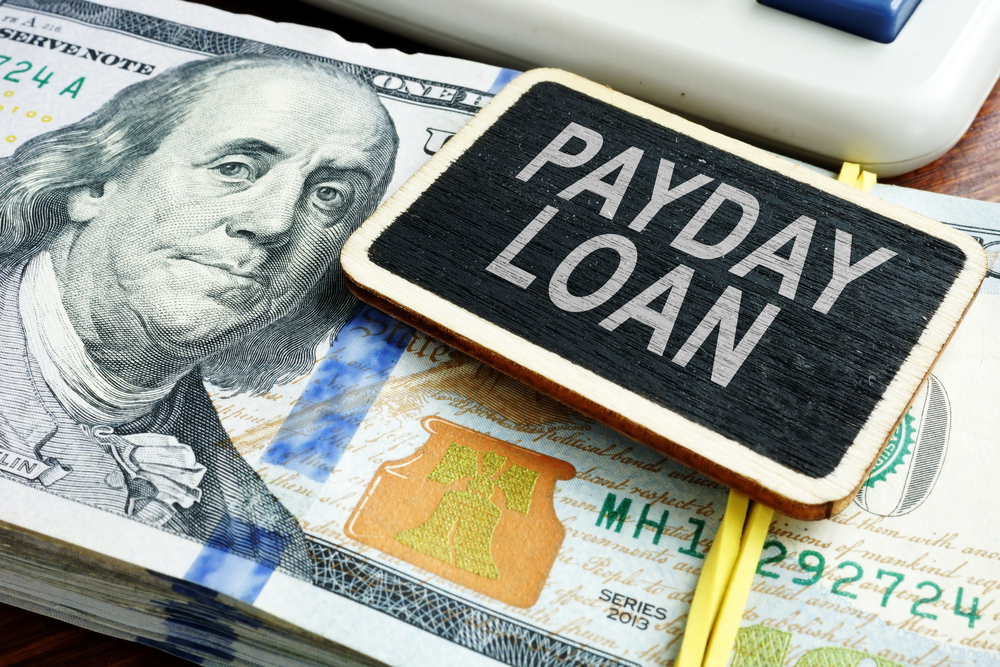 “I actually got wrapped up into 2 at once (you can have up to 2 payday loans at once. At least that’s the case here in Oklahoma), so that was a nightmare. Payday loans sound good, but they’re not worth it”. Said, someone.

With an Annual Percentage Rate of almost 400%, this should be your last choice.

Related: Get Paid To Read Books 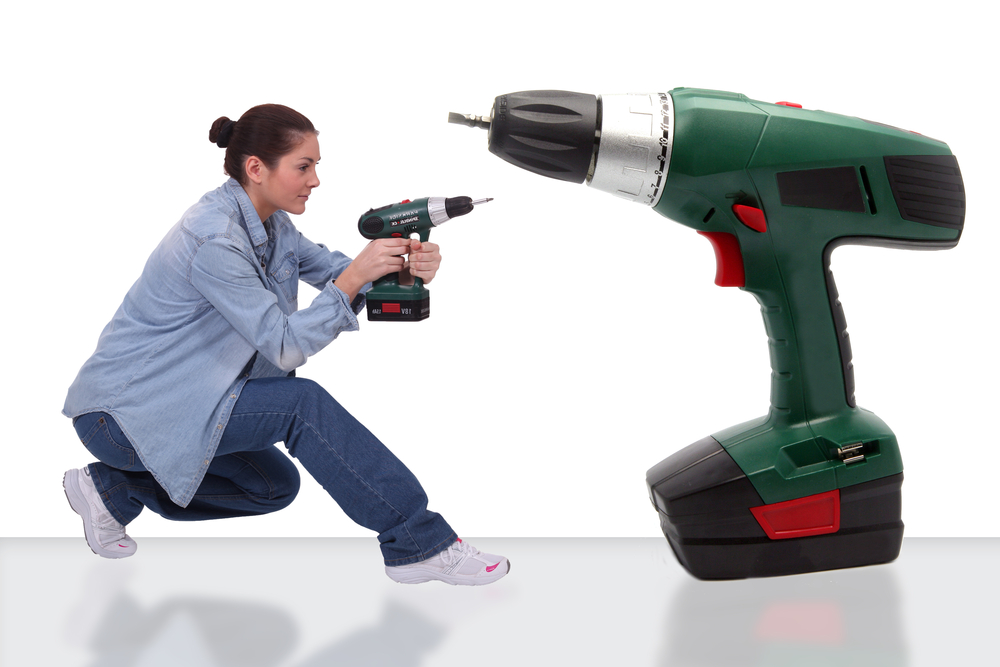 “I started doing odd and end jobs like Uber for hours a day every day as well as working as a temp in a factory till my wrist was bleeding from folding boxes.” shared a user.

Another shared “DoorDashing, for the past year. You make good money if you go at the right times.” 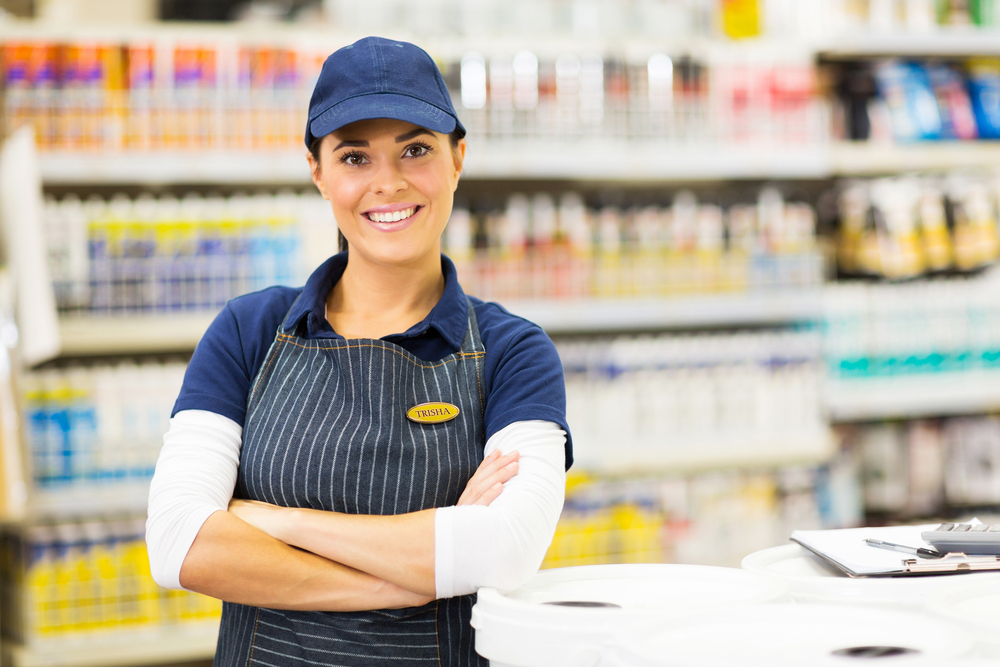 Working in retail has been another option for many in times of desperate need. Be it a McDonald’s or a Walmart. 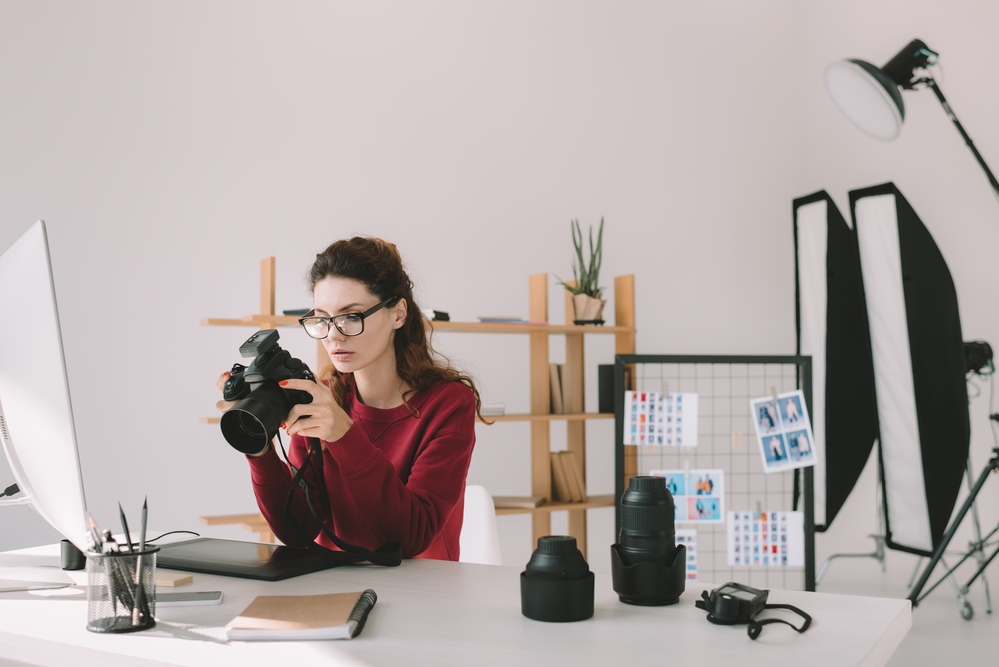 There are a lot of users who end up selling pictures for money. You can click images and sell online if you have a decent phone. You can start here. 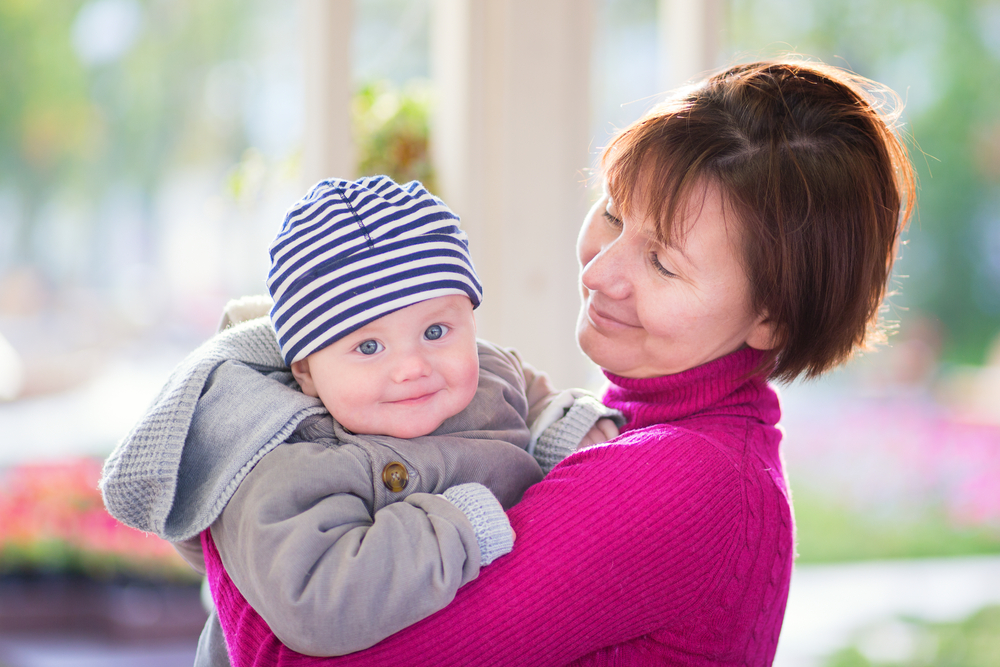 For some users, babysitting was an easy way to earn extra cash in times of need. There are many babysitting jobs out there, and definitely a good option for moms looking for additional work.

We hope you enjoyed this Reddit list of the most desperate things people have done to earn a few bucks.