This is got to be fun!

Someone on our favorite subreddit asked, “Non-American people, what’s a thing that you don’t understand about America?” The answers are interesting. Let’s start with the following: 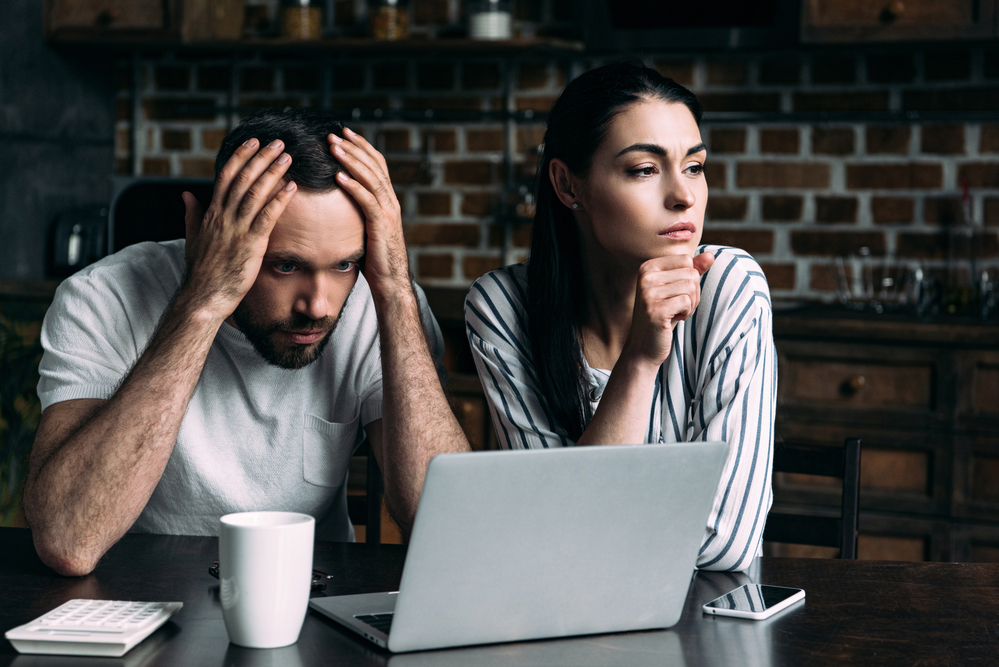 A user asked, “Does every worker have to file taxes, or am I just confused?“

“What’s even better is the government knows how much you owe. But they won’t tell you. They make you do complicated calculations based on a set of ever-evolving rules to figure it out. And then fine you if you’re wrong.” answered one.

On that, a Canadian resident asked, “I’m Canadian; we have to file taxes too. Is the question suggesting there are some countries where individuals don’t file their own taxes?“

Well, the thing is, many countries make tax filing easy. “Yes, the tax is automatically deducted from your monthly salary. That’s why there is a gross salary (before tax), which is what you cost to your employer, and a net salary (after tax), which you receive. This is for employees, though.” says one.

“That does sound annoying. In Australia, I log on to the website and check my yearly income they’ve already got is correct, as well as bank interest and any private health insurance, but it’s all auto-filled. If I want to make deductions, I can do that then, but my taxes take about ten minutes a year; all I’m really doing is checking to make sure they’ve got it right.” shared an Australian resident.

However, one user says it is pretty simple, and the free websites hold your hand through the process. If you are a business, we recommend you hire a bookkeeper to help with taxes. 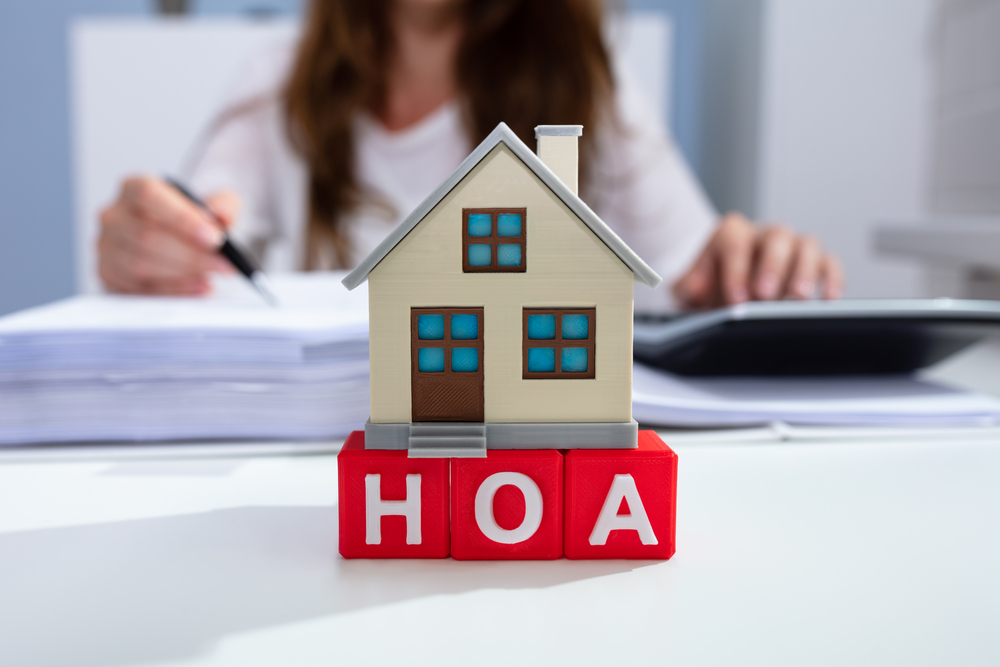 Someone asked, “What is up with Homeowner Associations? Why would you pay to let a nosy neighbor sorry dictate what you can and can not do on your own property? I understand living in an apartment block and paying maintenance fees, but in a suburban home?”

You mostly hear the crazy stories in the news (obviously, that’s what makes the news). As a user said correctly

“There are multiple sides to HOAs. On one side, they dictate what you can and can’t keep on your lawn (broken down cars, specific landscaping, etc.), what colors you can paint your house, or what kind of mailbox you can own. Most people see this and equate it as generally not a good situation.

But, on the other side of the coin, HOAs also make sure that your streets and sidewalks are cleared of snow, maintain any neighborhood parks and pools, throw community get-togethers and holiday celebrations, and generally make sure that your neighborhood is as friendly and neat as its residents would like. You can also vote for your HOA representatives, so if you have a nasty or obnoxious member that is needlessly enforcing obscure rules, you can vote them out.“

He added, “The HOAs you’ll read on Reddit are usually the crazy ones. Both neighborhoods I lived in had HOAs, and they were nothing like  you’d read on Reddit. Probably 95% of HOAs provide neighborhood services, and as long as you aren’t doing something stupid won’t bother you.”

3. Chatting Up With Strangers 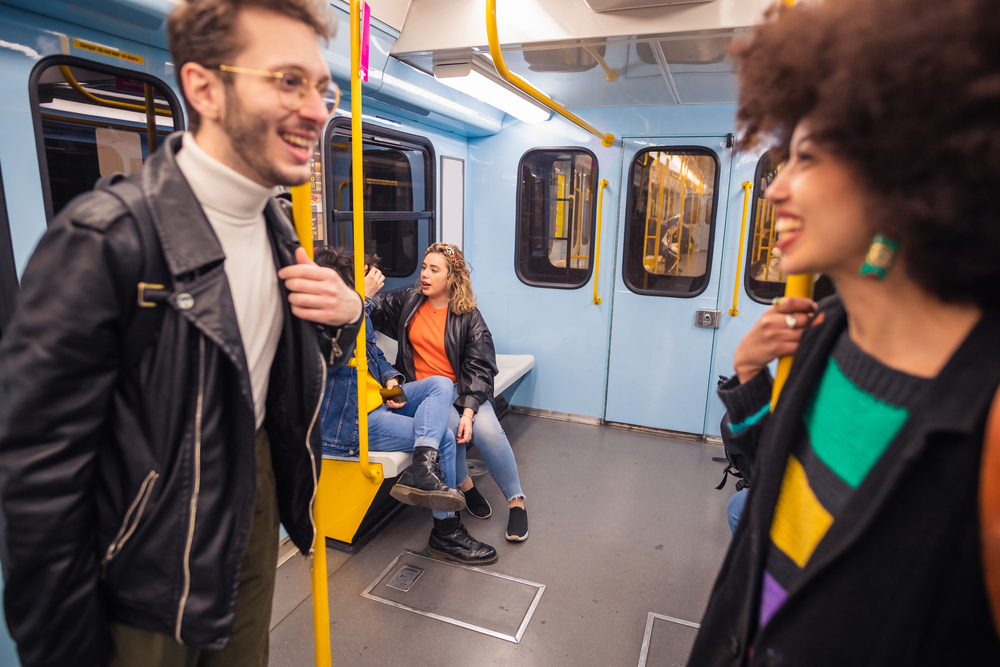 A user says, “The culture of… talking to people, strangers you don’t know and just up and start a conversation with them or join a conversation. I’m British, and we go to great lengths to not talk to people, let alone open up and pour our hearts out to a random person.“

Even in countries like India, you will find it rare to chat with strangers; some might think you’re a creep or want money.

Related: Get Paid To Talk To Strangers 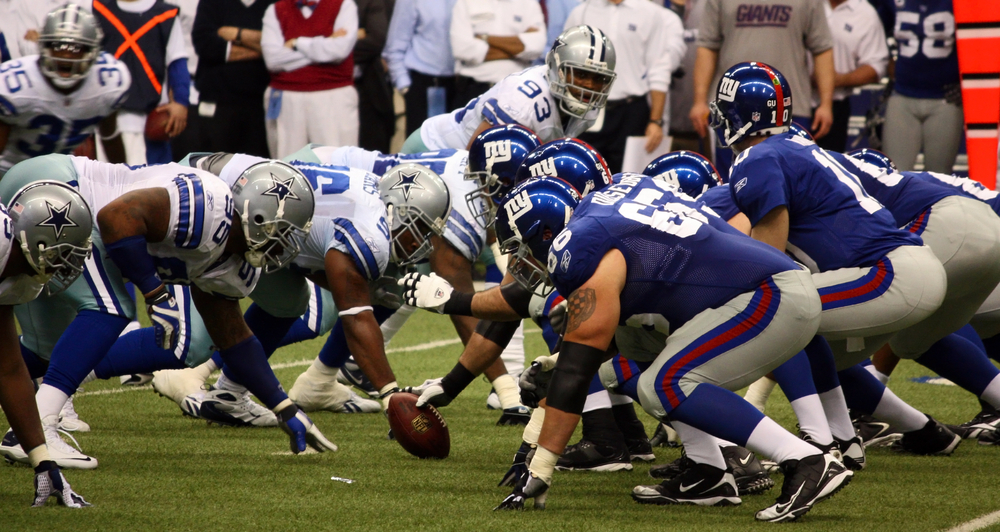 A user shared, “I’m American, but I’ve worked with a lot of people who aren’t. The one thing they always wonder is why Americans are so obsessed with the NFL game. They think it’s a boring sport. They explained, “you wait for 30 seconds, they hike the ball, you get about 5-10 seconds of action, then you wait another 30 seconds, another 5-10 seconds of action, then a commercial break.“

“We live for those 5-10 seconds and spend the rest of the time complaining about the ads. No NFL/NCAA football fan likes the ads.” clarified one.

Related: 10 Ways To Make Money During This Super Bowl 2023 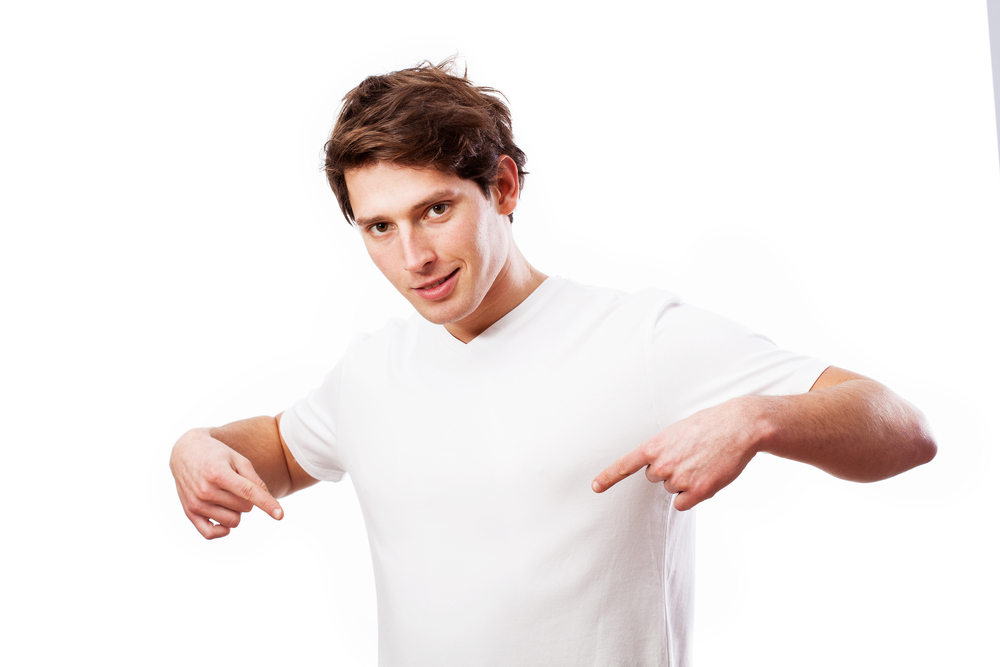 A user shared, “The natural confidence. The ability to take your own space positively and refreshingly. I come from Sweden, where I feel that kind of mentality is uncommon with a more tentative and ironic manner.“ 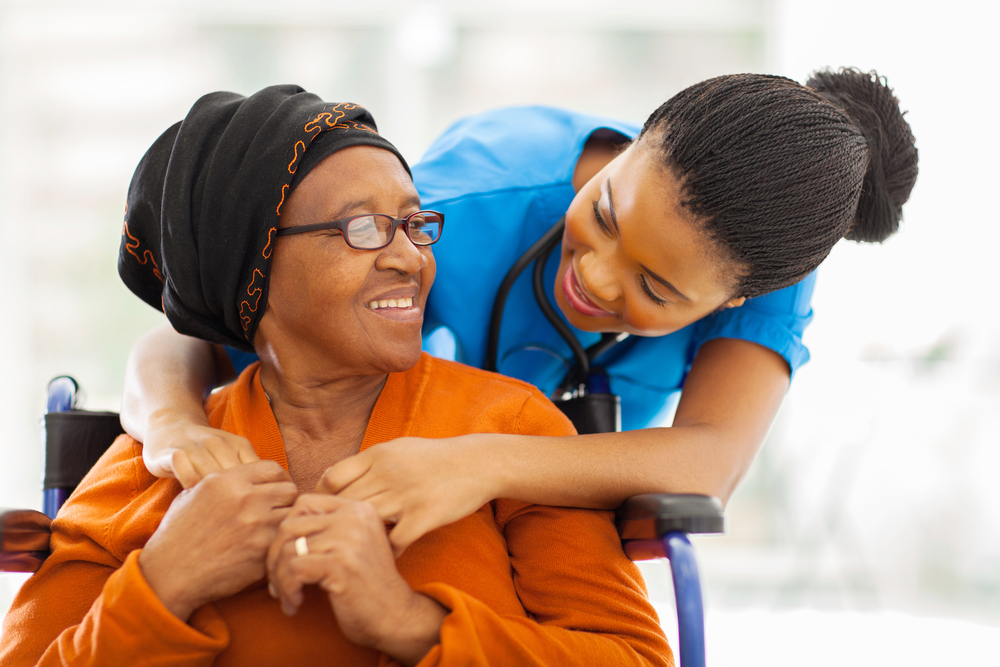 One user says, “Healthcare system. Can anybody please educate me on your medicare system?“

“You buy health insurance from a company. Usually, your employer pays most of it for you, but if you work for a small business or aren’t working, they don’t.

When you need regular medical care, you have a copay. Usually like $20-$50, depending on what you’re doing. The rest is billed to your insurance company. Whether they pay or not is between them and your Healthcare provider, it isn’t your problem. Not all Healthcare providers are willing to process payments with all insurance companies, so you need to make sure you go to one that will use your insurance.

When you need emergency medical care, you go to the hospital. They bill you an insane amount of money. Your insurance policy has an amount you must pay; everything after that is free. Problems arise if you bought bad insurance with a super high deductible or received medical care from someone “out of network.

If you receive medical care from someone out of network, your insurance will not pay their fee, and you’re stuck.” answered one. 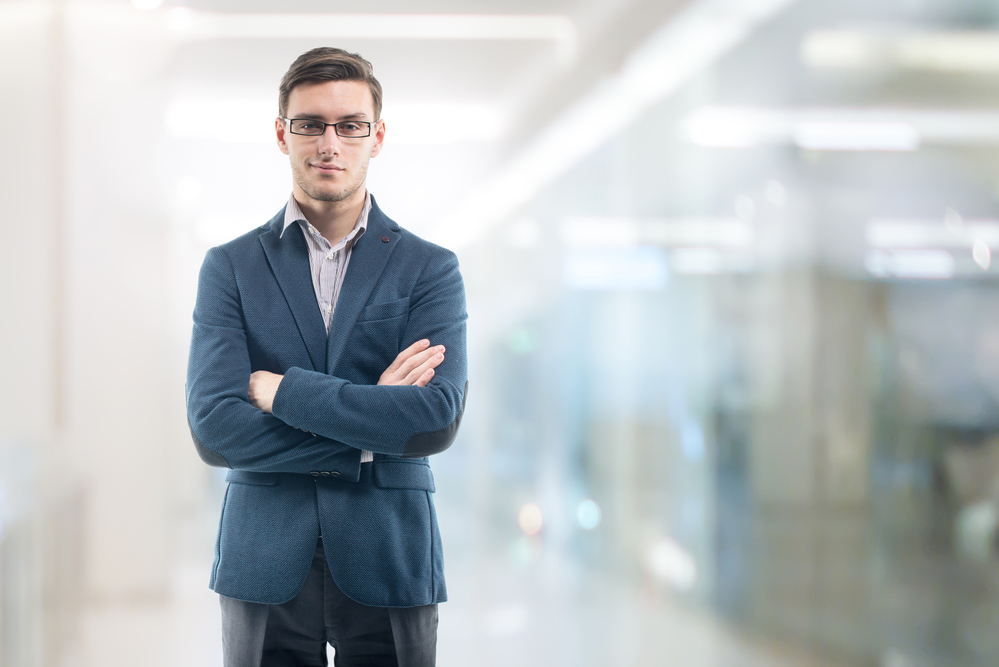 Why do so many parents kick their kids out at 18, and if they get in financial trouble in their early 20s, say, “you’re on your own” asked one.  This is a difficult one, with varying views.

A user shares, “Am I the only person who hasn’t seen this? Out of all the people I met in university (in Michigan ), only 1 person I met was kicked out at 18; everyone else had plenty of support from home. I never heard of anyone getting the boot at 18 in high school either, and that was a huge school.”

A user also shares, “It’s also typically abnormal for people to send their parents in homes and stuff like that when they get old. Family takes care of them until the end, usually at least.” to which an American responds saying “Maybe we do it because they threw us out at 18 with nothing and said, “Sink or swim!” So many of us were very close to living on the streets because our spoiled Boomer parents thought that was fair, even though their parents did nothing to them.“

“A lot of the world. I think America, too, mostly. I don’t think. Generally, people stay home until they’re married; however, many people don’t move out until after they start their career out of college when they’re secure financially. Obviously, people still move out young and move to attend college when it isn’t local. Still, the standard isn’t kicking your offspring out of your house at 18. Generally, they do it by choice or because their school is far away.” clarified one. 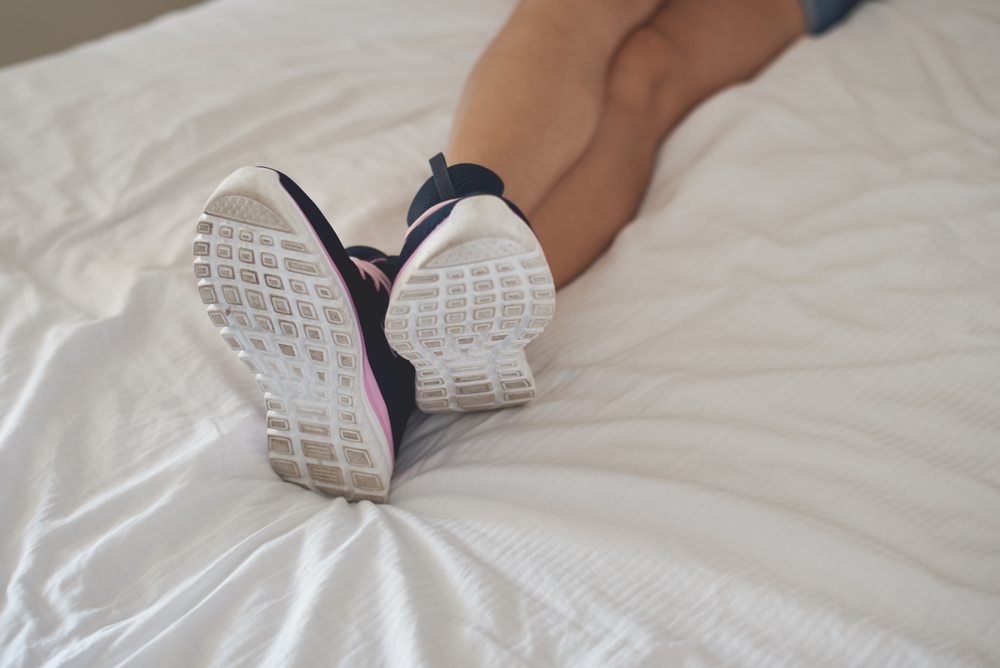 “Shoes indoors. It is intensely weird. It must result either in dirtier floors or a need for more frequent cleaning, and there does not seem to be a good reason.” said one.

A user shares, “I’m American and grew up with shoes indoors, and then I met my now husband. He’s from Guyana, and none wear shoes in their homes. It took some time for me, but now I can’t ever see myself wearing shoes in my house again. I think about the places our shoes have been, which grosses me out. What’s funny is when we lived temporarily with my parents while house hunting, they now have the same rule.”

I hope we found this discussion interesting, and do read about 11 Things To NOT Do In The U.S. to steer clear of trouble.